Please find below the Rules & Regulations of the 2022 edition of the London Film Week. 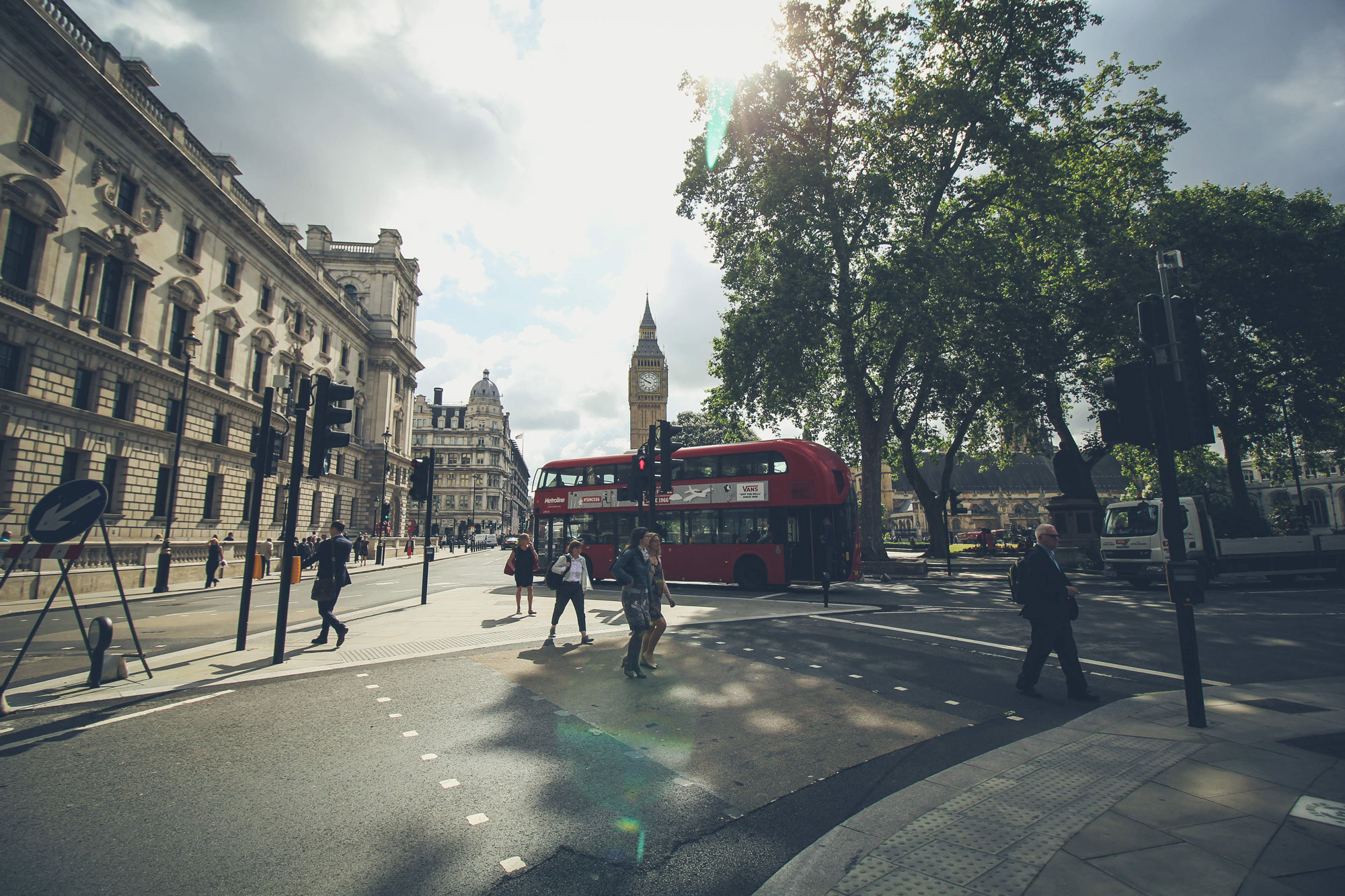 1. London Film Week is being held in the West End of London (United Kingdom) from Monday December 5th to Sunday December 11th, 2022. The Festival takes place annually during the first half of December.

2. The aim of the Festival is to raise awareness and promote the various aspects of international cinema in all its forms: as art, entertainment and as an industry, in a spirit of freedom and dialogue.

3. In addition to the sections mentioned in the following paragraphs, the Festival also organises special events such as film workshops and an industry days. Lastly, a tribute to a country will complete the official selection in order to get a better understanding of the history of cinema.

An international competition featuring seven feature films, from both UK and world territories. This section will present films that represent the latest aesthetics and expressive trends in international cinema.

In order to submit to this category, the total running time of the film needs to be 45 minutes or over (including credits).

An international competition featuring seven short films, from both UK and world territories. The aim of this section is to showcase short films demonstrating innovation and creative originality.

In order to submit to this category, the total running time of the film needs to be of less than 45 minutes (including credits).

London Film Week organises a tribute to major film country as a contribution towards a better understanding of the history of cinema.

5.1 Film Forum
A Film Forum will be organised during London Film Week. All selected filmmakers will have free access to the workshops organised. The programme will be announced on our website one month prior to the Festival.

5.2 Co-Production Days
Co-Production days will be organised during London Film Week. This is on invitation only, filmmakers/producers will be able to apply by following the submission process. Please visit our website for more information.

An International Jury composed of personalities from the world of cinema and culture from various countries, excluding any person involved in any capacity in the production of the invited films or who may have an interest in their distribution, will award the following prizes for the feature films:

An International Jury, composed of personalities from the world of cinema and culture from various countries, excluding any person involved in any capacity in the production of the invited films or who may have an interest in their distribution, will award the following prizes:

There will be no joint winners.

Only films that have been registered can be considered for selection.
Film registrations are accepted exclusively online on FilmFreeway.

The Festival Director will be assisted by his staff of programmers, as well as by a group of correspondents and international consultants, each responsible for different geographical areas, in order to select the Projects.
Selection will be made under the following criteria: latest aesthetics and expressive trends in international cinema, films demonstrating innovation and creative originality.

All the films have to be registered by October 31st 2022, via FilmFreeway.

Late submissions can only be made with the express approval of the respective section head.

For each film submitted to the selection of the Festival, a registration fee is requested to cover administrative and programming costs. Films will only be considered for selection after the entry fee is received.

There are special conditions for film schools and film institutes. Please contact the Programme Coordinator on our contact page for further details.

This fee will not be reimbursed under any circumstance.

Films are to be submitted in their original version for the selection process. Films in English do not require translation. Films in other languages must be subtitled in English.

All Projects must be uploaded via FilmFreeway Secure Online Screener system or via a Vimeo link entered directly on the online application.

London Film Week reserves the right to disqualify, without refund of any or all submission fees previously collected from the applicant, any Project that is not submitted via one of these formats.

If your project includes non-English dialogues, please ensure all subtitles are hardcoded to your video file (we do not accept a translated list of dialogue on paper).

Projects need to be completed from January 1, 2021, to be eligible for consideration for the 2022 edition of the Festival.

Short Films do not need to retain any sort of premiere status. Short Films do not forfeit their eligibility for submission to the Festival if they were previously released theatrically or via any home video platform, broadcast or streamed on television or the internet, or screened at any number of film festivals anywhere in the world.

Feature films need to be Preview screenings in order to be considered. They may have screened in the UK beforehand, but may not be on general lease before LFW22.

Feature films that have been or will be broadcast or streamed on television or the Internet or released via any home video or other public distribution platform (Blu-ray, DVD, streaming, VOD, etc.) in the UK prior to LFW22 are not eligible.

Projects that have been submitted for Festival consideration in previous years are eligible for re-submission only if the content of the submitted Project has changed significantly since the previous year in which the Project was submitted.

7.9 Declaration of Rights Upon Submitting a Film

London Film Week (LFW) will only accept the submission of a film if the submitter is the holder of all usage rights to the film necessary for the submission and use of the film within the context of participation in LFW. LFW reserves the right to demand appropriate proof of these rights and to reject the submission upon failure to provide it.

All the submitted films will be notified on November 4th 2022 in writing, if their film has been successful or not.

If your film is invited to the official selection of London Film Week, you will be contacted by the Festival in regards to all the logistical and practical details of your screening during the Festival.

The invitation to participate is issued by the Festival Director or the section heads, respectively. Only officially selected films/projects can participate in the London Film Week.

Participation in the festival requires the unconditional adherence to all regulations set out in these guidelines.

The Director of London Film Week reserves the right to rule on any cases not provided for in these guidelines.

Selected films will receive an Acceptance Form to be duly completed and returned no later than 10 days after the end of the extended submission deadline. Receipt of the form by the Festival implies the legal acceptance of the invitation by all concerned and will be considered definitive and irrevocable.

The invitation of a Project to participate must remain confidential until the announcement of the programme by the London Film Week. Failure to comply will result in its exclusion from the selection. The general scheduling and screening times are the sole responsibility of LFW.

Selected films MUST provide a Digital Cinema Package (DCP) in order to be screened at London Film Week, as well as a back-up Blu-ray. (Except VR films).

Should the film copies not be delivered to the Festival 10 days before the start of the Festival, the relevant screenings will be cancelled.

The Festival reserves the right to refuse any copy which, on advice of the Festival technicians, is considered to be of inadequate quality for public screening.

The Festival will contact selected Projects with the specification information about the systems used by the cinema.

All the material required for the Festival catalogue (synopses, cast and credits, biography and a complete filmography of the director, photographs of the director, of actors and scenes from the film in b/w and colour, plus a brief director’s comment on the film) must reach the Festival as soon as possible, but no later than 10 days after the end of the extended submission deadline.

The presenters of films participating in the Festival must send the promotional material for distribution to the press and potential buyers (press book, digital images of the film and the director, video material, audio clips, etc.) under separate cover, at their own expense, no later than 10 days after the end of the extended submission deadline, in the quantities that will be requested after the invitation.

London Film Week invites film directors and leading actors to attend the presentation of their films in London. The festival is not in the position to cover travel expenses, although a certain number of hotel rooms are made available during the event. Our Hospitality department will be in touch accordingly.

Our Print Traffic Department will be in touch with selected Projects in regards to the DCP shipments.

Copies of films in Blu-ray disc, together with any press materials sent for selection, must be sent by courier or post directly to the address of the Festival.

All insurance costs covering the transport of films and press material to and from London Film Week will be at the expense of those presenting the films.

London Film Week provides insurance coverage for the entire period during which the copies are in the care of the Festival. The insurance value of a film may not exceed the average laboratory costs for a standard copy. Furthermore, all necessary measures will be taken by the Festival to protect the author’s copyright for works entrusted to the Festival, in accordance with the FIAPF dispositions regarding safeguarding against piracy.