A young man, Drew, attends the funeral of his estranged mother and remembers a few moments that defined their relationship. Despite years of pain, Drew decides to see if his family’s differences can be reconciled before time runs out. Inspired by true events, ‘REVELATIONS’ explores themes of grief and acceptance. 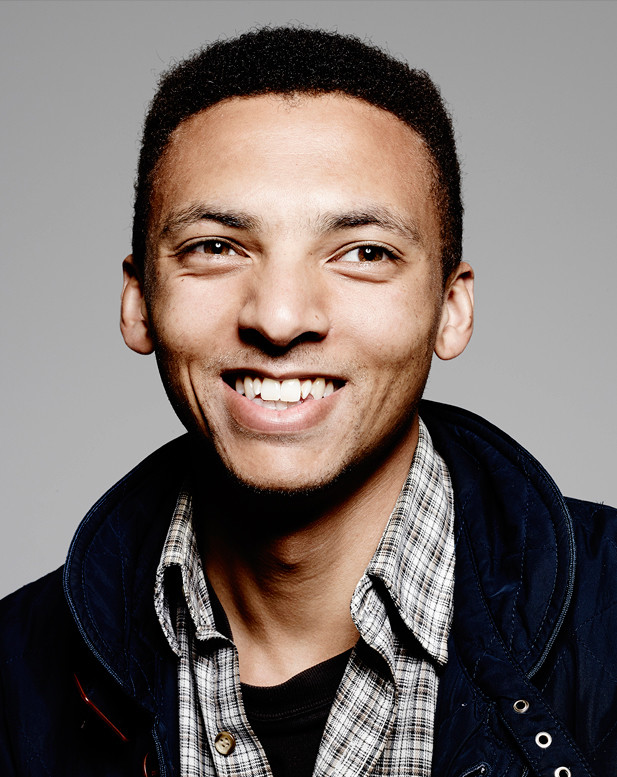 David Allain is an award-winning Scriptwriter and Director from London, England. His directing credits include theatre, music videos, and advertising for clients such as O2, CNN, and THE GUARDIAN. David also previously directed a four-part factual series for SKY ARTS and two short films that have been broadcast on CHANNEL 4.

In 2021, David’s work included directing a BBC comedy pilot, ‘Bravo Two Charlies’. In 2022, David completed ‘REVELATIONS’, a new short film inspired by true events and his relationship with his late mother. He also directed three episodes of ‘The Bay’, a prime- time crime drama for ITV.

David has a Masters in Screenwriting from ROYAL HOLLOWAY UNIVERSITY. He is now working toward making his first feature film. Fact or fiction, long or short, David makes compelling work that combines visual flair with emotive storytelling.

‘REVELATIONS’ is nothing like the film I first pitched, but I decided to make this version because it presented a chance to heal.

Pre-pandemic, I entered the Directors UK x ARRI Challenge Alexa: a competition where winners get equipment to shoot a short film in a weekend. I pitched a shorter, more fictional story, and explained how it was loosely inspired by real experiences: disowned by my parents after leaving their strict religion as a teen, and then hearing from them years later when my mother became terminally ill. The competition judges asked if I would consider telling my story, not the shorter fictional version. I was surprised that they thought drawing upon my past might make for a more compelling film, but I’m so glad I tried! It is impossible to fit 15 years into 15 minutes, so ‘REVELATIONS’ is not verbatim, but it does seem to contain a verisimilitude that resonates with people more than I expected.

We were scheduled to shoot March 2020 but Covid hit. We rescheduled multiple times, and eventually wrapped in September 2021. It took 18 months to get the film in the can, and I think the film is better for it. The world changed and I realised how the story’s themes (about family and grief) are universal and timeless. As I scouted locations and met crew, people kept telling me their own stories of loss and estrangement: I was shocked by how open people became after hearing just a little about this project. I greatly appreciate each of those encounters, and a little bit of them no doubt lives in the final film.

Despite showing a family with longstanding divisions, ‘REVELATIONS’ is a bittersweet tale of acceptance. After repeated rejection, Drew finally realises that some people never see eye-to-eye. It’s not ideal, but it’s okay. By accepting his parents in earnest (no longer hoping they will change), Drew is finally set free from the repeated pain and disappointment that follows each interaction. During prep with the actors and HODs, I think the film’s meaning shifted somewhat, helped me better understand the past, and indeed contributed to my healing.

Paul Thomas Anderson’s film ‘Magnolia’ is one of my all-time favourites, and was partly inspired by his loss of a parent. Aside from the similar themes of grief and estrangement, the appearance of a song in the middle of the film is also something I drew inspiration from. This is the first time I’ve ever written lyrics, and it was exciting to push myself creatively in this new way!

‘REVELATIONS’ was a fantastic project to direct. ARRI provided us with the phenomenal ALEXA Mini LF, we shot at a stunning crematorium near London, and I got to work with cast I’d long admired. Some long-term collaborators contributed huge amounts to the project; not least casting director Kharmel Cochrane, cinematographer Amelia Hazlerigg, editor Max Windows, and composer Alexandra Milne.

Making ‘REVELATIONS’ also introduced new partnerships. Producer Laurelle Jones and the execs from NICHE ON DEMAND brought fresh energy that helped overcome huge obstacles (including repeated waves of Covid). Meanwhile, production company HUNGRY MAN provided support, and words of encouragement from OSCAR-nominee Bryan Buckley stuck with me as I embarked upon my most personal project to date.

There are dozens of stories to tell about making this film – fun times like collecting equipment from PINEWOOD STUDIOS with my cousin, and testing times like losing one of our lead actors due to Covid less than 48-hours before filming. I am eternally grateful to everyone that helped make this film. I can’t wait to share ‘REVELATIONS’ with audiences and hope it will somehow help a few people on their own journeys with loss and acceptance.